BOLA OGUN is a first generation Nigerian-American Director, who recently finished the second season premiere block of Netflix’s Shadow & Bone from Arrival screenwriter Eric Heisserer and will be gearing up for the season three finale block of Witcher. She has previously directed the season finale of Raising Dion, episodes of Lucifer, Charmed, Siren, Walker, Legacies, Big Shot, Two Sentence Horror Stories and God Friended Me.

Her launch into television began when she was tapped by Ava Duvernay to direct Queen Sugar after she watched Bola’s short film Are We Good Parents?. Ogun directed, co-produced, and co-wrote this short which stars Once Upon A Time’s Sean Maguire and Rent’s Tracie Thoms. Frequently praised for its portrayal of panicked progressive parents hoping to raise their child in a warm, accepting environment, the film enjoyed a successful festival run premiering at SXSW as well as winning Best Short Film and Best Emerging Filmmaker at the AT&T SHAPE Awards. Ogun is an alum of AFI’s Directing Workshop for Women, the WB Directors’ Workshop, the Ryan Murphy Half Initiative, and the WeForShe DirectHer Program. Additionally, she was one of five filmmakers selected for Robert Rodriguez’s Rebel Without a Crew docuseries. Bola’s independent work has received a grant from the California Institute of Contemporary Art.

Growing up she was influenced by anime shows, fantasy role playing games and TRL music videos. She maintains a passion for character driven genre films and television. Though she often travels to see family in Croatia, the UK, and Nigeria, Bola is LA based. 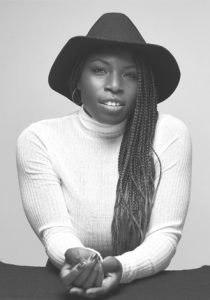