Uprising: Bola Ogun on Why Directors Should Always Be Learning

Believe Media director talked with LBB on how she entered the industry, the power of divergent thinking and expanding beyond directing to become a better people-manager 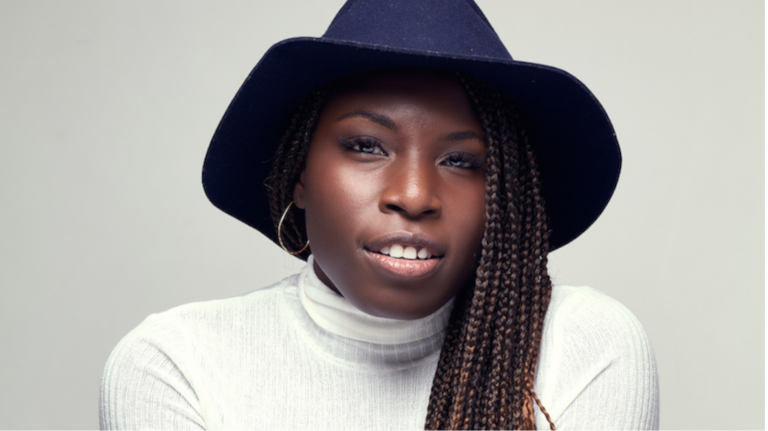 “Music and art was a way to move my body and now I do it with the camera,” says Believe Media director Bola Ogun, reminiscing on her childhood spent singing, playing sports and rollerblading. She describes her background as “vibrant, colourful, expressive and so alive” – believing that she now transfers all of this emotion into her directing.

Bola studied musical theatre at the University of North Texas and despite her experience with performing, doing ‘Shakespeare in the Park’, studying her favourite ‘absurdist’ plays and other productions at college, she says didn’t understand the craft of directing until she became a production assistant and began working on TV sets. “I’m so grateful my first television experience was on Ava Duvernay’s ‘Queen Sugar’ because it is set up specifically for new talent and shepherding up-and-coming directors. The cast and the crew carried a lot of responsibility that they normally wouldn’t and offered a lot of empathy for new directors.”

Getting her initial break in the industry via two weeks of non-stop phone calling for a PA position in Dallas, she learned some valuable lessons early on in her career. “On set, always be enthusiastic or at least be pleasant, which feeds into directing – it’s hard to work with cranky directors.” She continues, “Early days directing: Always be learning, always be a student. All my mentors who are super experienced and have won awards and have made a name for themselves talk about learning something new all the time. If they haven’t seen and done it all, then it’s not likely anyone is going to know it all.”

The young creative has already been a writer and director on several films and television productions including ‘Lucifer’, ‘Charmed’, ‘Siren’ and Netflix’s ‘Shadow and Bone’. Adopting a variety of roles, she says, gives her a greater understanding of each crew member, enabling her to manage people better when directing, “Since I’ve been in their shoes, I am better able to give them space and/or the push when I know they can excel.” A project that Bola directed thatshe feels has helped swing the momentum of her career is ‘Are We Good Parents’. The film won Best Short Film and Best Emerging Filmmaker at the AT&T SHAPE Awards in 2018 and was in the SXSW Film Festival’s official selection of the same year.

Regardless of whether she is directing, writing or working in a different role, Bola loves that her career allows her to “vibe with creative people all day” and enjoys rising to the challenge of “learning everybody’s individual language” during the production process. Where she derives true fulfilment, however, is from the reaction of people to her work, especially if she is able to inspire people to see themselves in a new light. Highlighting her short film ‘The Water Pheonix’ as a prime example of this, she says, “I’ve had women older than me and little girls come up to me to express what it meant to them to see a Black mermaid. Helping introduce afro-folklore and inspire the generation before and after me is really fulfilling.”

Looking at the wider industry, the director appreciates ideas that challenge expectations and encourage divergent thinking. “Being interested in digging deeper and knowing that the audience will follow,” she says. “We get to educate people subliminally and help people share empathy. We can inspire great understanding for complex subjects.” To inspire her own divergent ideas, she consumes media in most of its forms and has recently even expanded into virtual reality with Meta’s Oculus – praising the “unlimited amount of environments” that it opens up. And when it comes to inspirational individuals, she admits that it’s hard to narrow her list of heroes down, “I like to think of all those I admire as an infinity gauntlet of talent to look to. I hold onto each person’s strength like a stone and hold onto that for power. David Fincher’s visual discipline, Guillermo Del Toro’s magical realism, Christopher Nolan’s storytelling ambition, Spike Jonze’s mould-breaking, and Chloe Zhao’s patience.”

Outside the world of work, Bola likes to paint and has developed a passion for other creative endeavours, such as wax casting. But even the most creative and productive people find it impossible to stray too far from the various lures of YouTube content: “I spend way too much time on YouTube these days but it’s only because you can find so many helpful things there,” she says. “I love ‘HealthyGamerGG’ – Dr. K is doing really great mental health work there. ‘Wisecrack’ always has awesome deep dives into characters and shows. ‘Great Art Explained’ is… well, great art explained!

Now living in LA and re-entering normal life after, what she describes as, a “meditative” experience during the pandemic, she is currently gearing up for a directorial block on season three of Netflix’s ‘The Witcher’. What really drives and motivates her, however, is not the ambition of ever-increasingly big director spots, nor the awards for her short films – for Bola, it’s all about her family. “We had a hard time growing up and it’s nice to help take care of them and inspire them.”